Yesterday I spent the day at the Fishbowl Inventory Headquarters in Orem, Utah. They were hosting an open house event to celebrate the new and exciting improvements in Fishbowl 2015. As a Fishbowl Partner, I always make time to fly out from Southern California to see my friends in the north, and this was a great opportunity to do so.

On my last visit there in June Fishbowl had been in the middle of change in their Technical leadership.  This visit I got to see those results. Here is what I’ve learned.

I think Fishbowl performance is good at the 4-8 user range with the average server system that most small to medium sized businesses have.  However, to improve the product and to aim for higher markets; Fishbowl had to consider focusing on Performance.

When most companies would give up, Fishbowl put in the time, and energy to rewrite the “Persistence Layer” the bridge between Business Rules and the Database.  Its part of the “Stack” of technologies that comprise Fishbowl Inventory. See below for a simplified diagram. 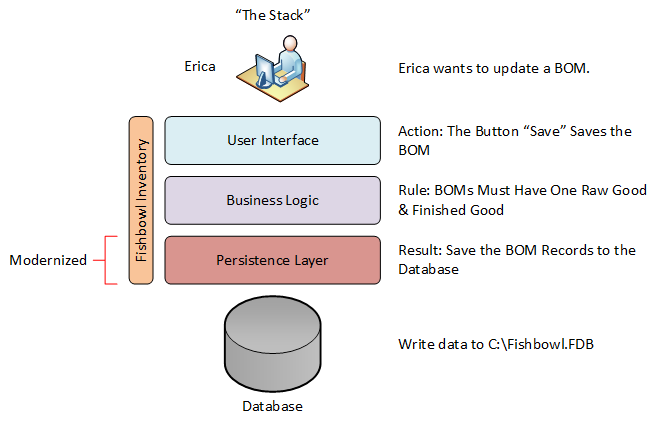 Whenever an App is developed, the Persistence layer is some of the first lines of code written, and therefore with a mature software product like Fishbowl Inventory it was the oldest lines of code. So, rewriting the Persistence Layer is the software equivalent of open heart surgery.  A lot can go wrong if you are not careful and diligent. It may seem like a risky move, but in this case it was the smartest move.  Now they can work with a variety of databases (before they could only use one), utilize advanced data caching to improve speed (there was none before), and finally trust that they are on strong foundations.

In the coming releases expect that performance will improve because now a more modern bridge between business rules and a database can support complex and large transactions. I even hear that the 2015.1 release has some major Manufacture Order and Picking speed improvements, a direct benefit to their year-long efforts.

Its The Small Things

In this version Fishbowl took the time to address the little things, and I am very happy about that. This topic deserves its own post, so for the next point release of Fishbowl Inventory 2015.1 I will be preparing a comprehensive list of changes. To whet your appetite, here are a few features available.

Refresh Buttons in all Modules

Open a Report in its Own Window 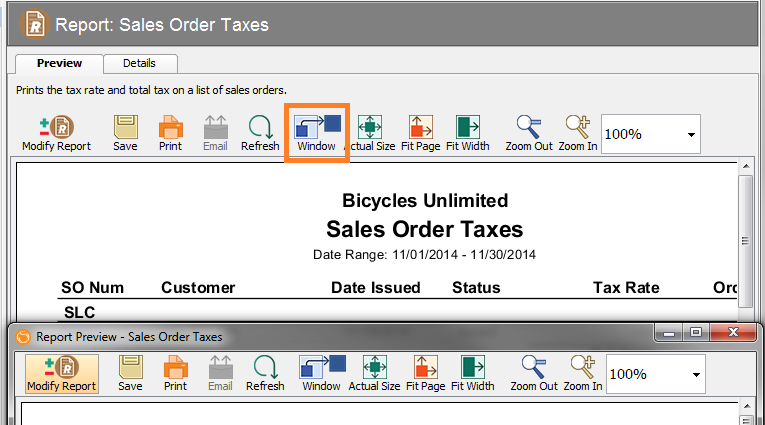 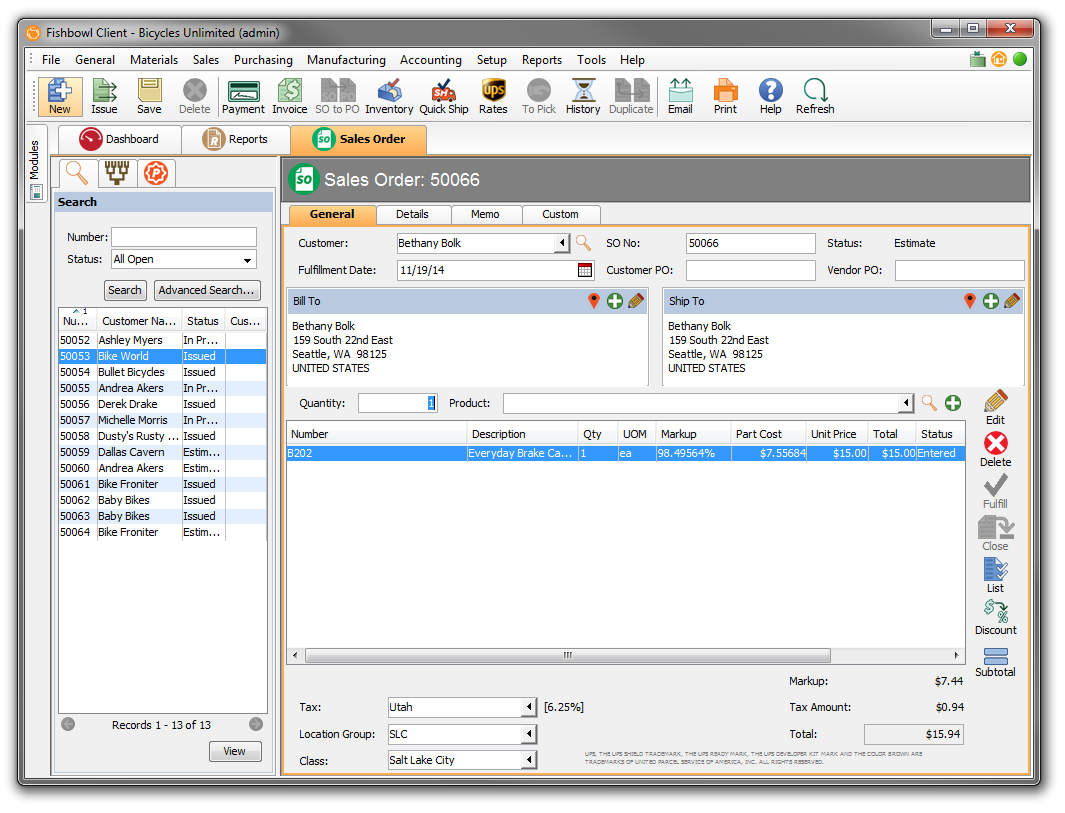 Pick and Receive Buttons in the Sales Order Module

In past years with Fishbowl,  struggled with appeasing the needs of the “small” user base (2-4 seats) and the “whales” (>25 seats). However, this year and this reinvigorated team they have one focus; the mid-market.  By focusing on the “ideal” market, issues about deciding on features become much easier to make as one does not have to cater to such a broad market segment.

Stay Tuned for a comprehensive overview of the latest Fishbowl 2015.1 updates on 11/20.